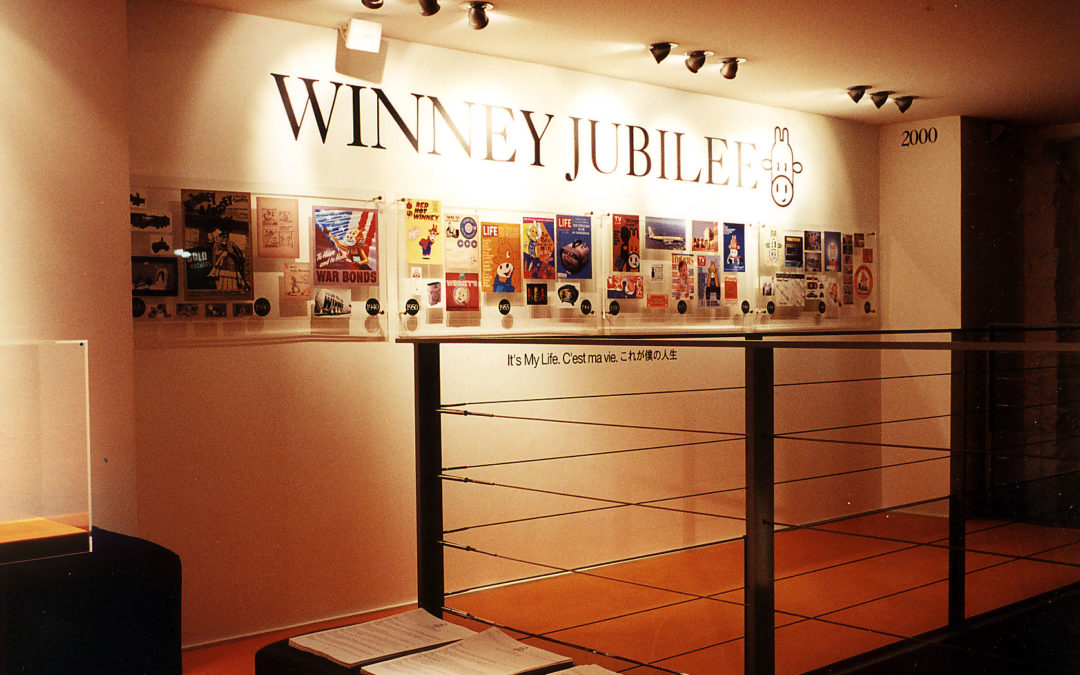 Winney Jubilee exhibition at Colette. December 1999. This old century full revisited through the extraordinary life and story of character Winney.
*
troubling facts : during the opening party, a protest was held against Winney and the American culture.
*
Amazingly, by being in contact with the Winney goodies that were sold at Colette, protestors ended up to change their mind and became Winney fans.
*
What kind of occult power this merchandise have? The second week of the exhibition, Colette shop window was completely burned from the inside, by the Winney sculptures that had turned devilish.
*
Video by Kuntzel+Deygas
Production: Add A Dog, Paris.