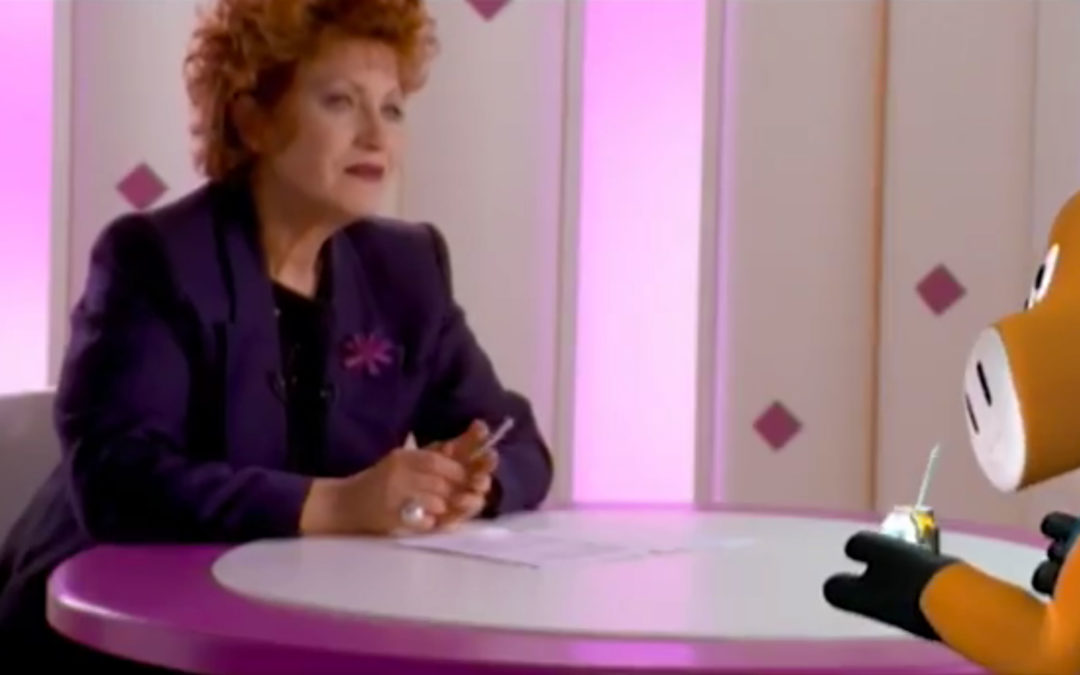 A Cute Candidate (a theory of plot) Despite it looks like a fiction, the content of the story is 100% true.
*
This video is an attempt to expose the theory developed by the authors, regarding the troubling facts they found regarding the rise of the character Winney and of the Winney Co company. After examining some clues, and after getting testimonies, the investigators decided to make a fictional reconstitution of the facts.
*
The video tells the moment when Winney The Bull, an american cartoon character, turned to appear as the ideal candidate for a presidential campaign in USA, and the reasons why he should be elected.
*
Most of the back story was revealed to the investigators by a famous american talk-show host (we can’t reveal her name) who is here interpreted in this film by french actress Andrea Ferréol. Additional but paranoid news comes from notes written by the former master digital puppeteer Winney (here interpreted by the French actor Jean-Christian Silbertin Blanc), the poor guy is now retired in a cabin in the woods, hiding from the Winney Co revenge.
*
Today, The Winney Co have erased all proofs of this incredible story that connect america style entertainment and politics with the esoteric flavor of ancients European legends such as the golden veal or the golem. It is our duty to make things visible again, for the benefit of next generations. * Documentary-as-a-fiction by Kuntzel+Deygas Production: Add A Dog, Paris.
*
The music was kindly provided by Sparks, Los Angeles.